The age-structural model of per-capita income (GNI per capita, $US, Atlas Method), uses the World Bank’s four per-capita income classes (Fig. 1), the range of which is adjusted annually as prior-year income values are adjusted for inflation: low (L), lower-middle (LM), upper-middle (UM), and high (H). The current set of models uses the World Bank’s 2018 revision of its categories, which refers to 2017 levels of US$.

The logistic regression analysis of the income sector indicates that: 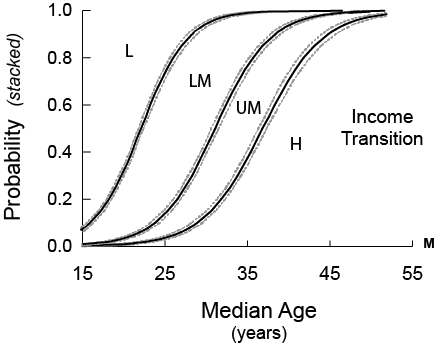 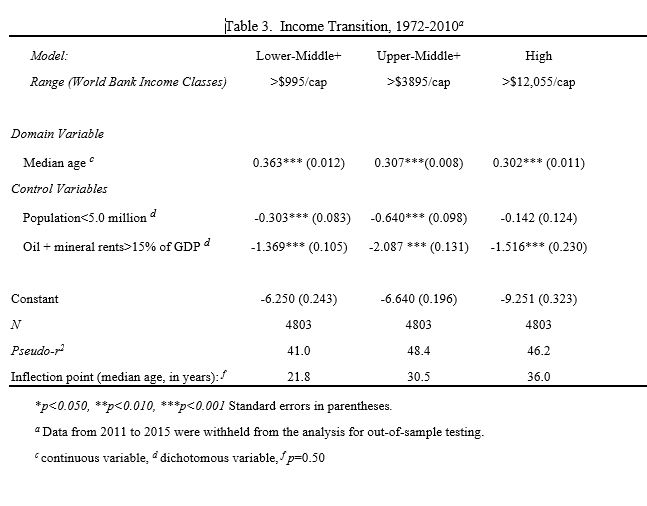