(the 7 regional tables appear below this text, and can be downloaded in an Excel workbook form: Regional Table Workbook)

The principal goal of numerical political demography has been to give analysts a testable theory that could be put to work to help them do a better job at anticipating political change and stasis. A discussion of political demography’s forecasts have become a fixture in the National Intelligence Council’s Global Trends publications (see the NIC’s latest addition to the GT series, “Paradox of Progress”, pages 161-167). Still, we seem far from the day when young analysts in the US intelligence community routinely consider political demography’s “basic rules” as essential analytical tools.

In this short essay, I present the world in 7 Regional Forecasting Tables. These feature a regional collection of countries, all with populations over 500,000. The countries are arranged by median age: highest median age (most mature age structure) at the top; lowest median age (least mature age structure) at the bottom. With these tables, and with some practice, analysts should be able to acquire insights into their near and medium-term future.

First, a set of eight “rules” (theoretical expectations) for working with these tables:

The Seven Regional Forecasting Tables (showing states with populations over 500,000) 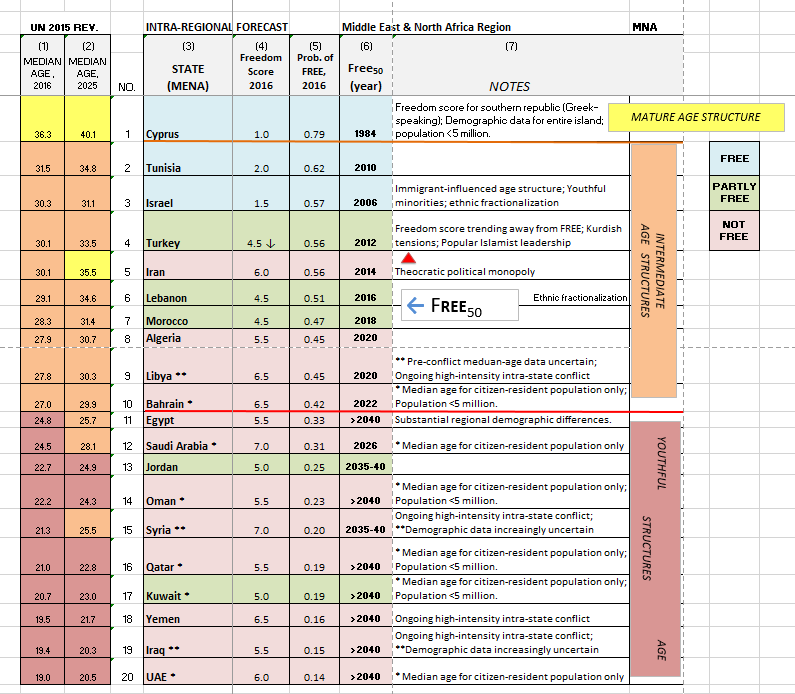 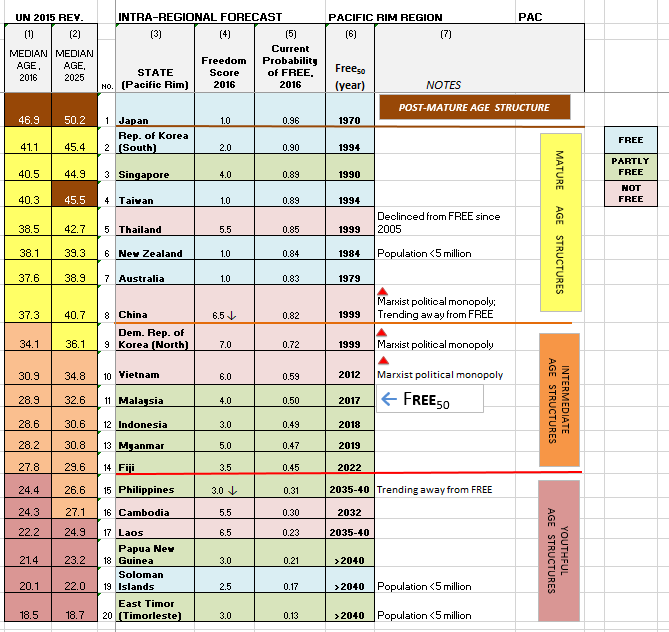 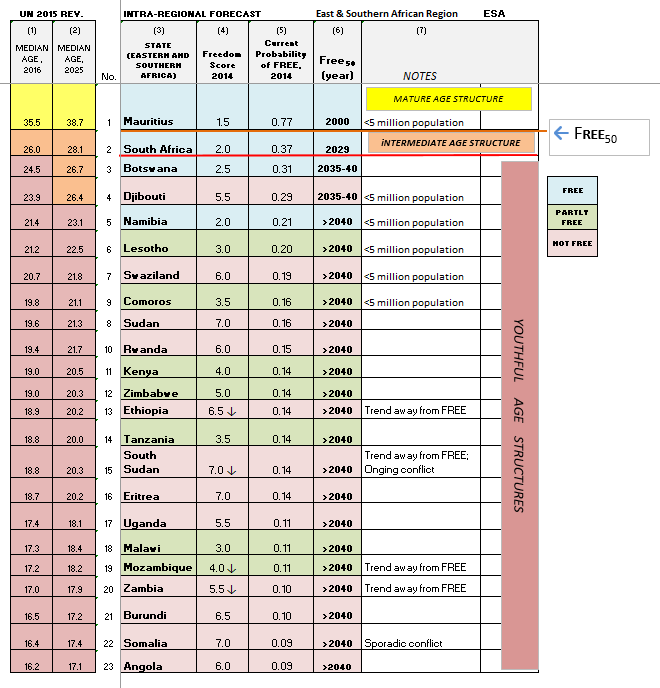 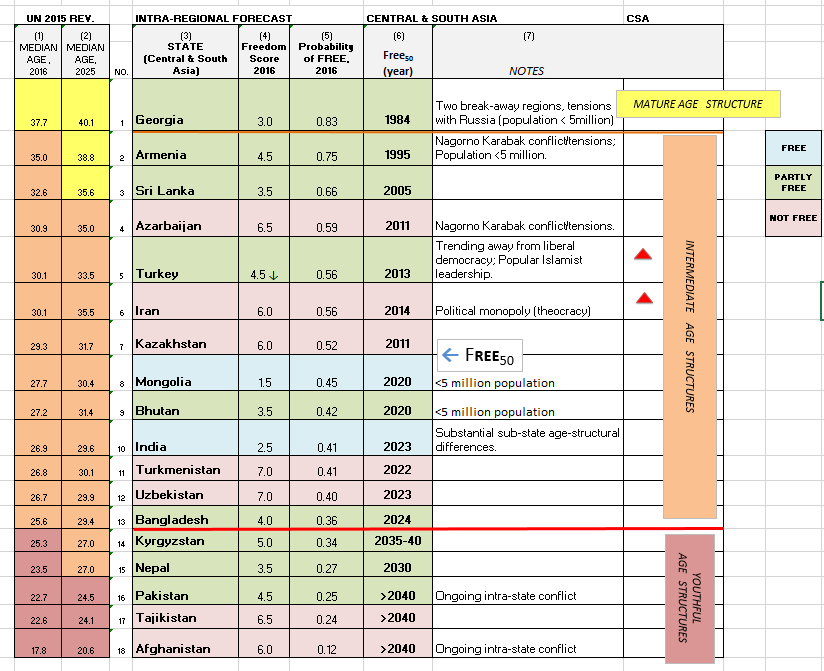 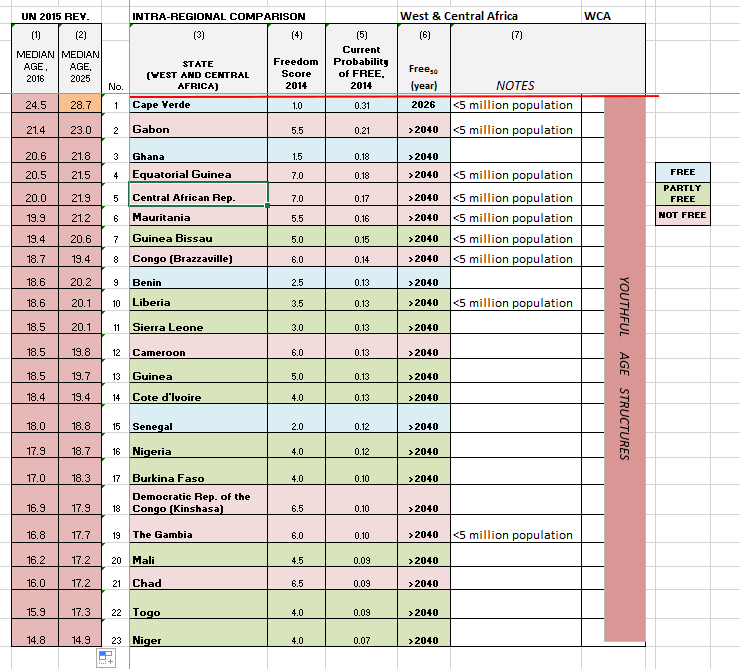 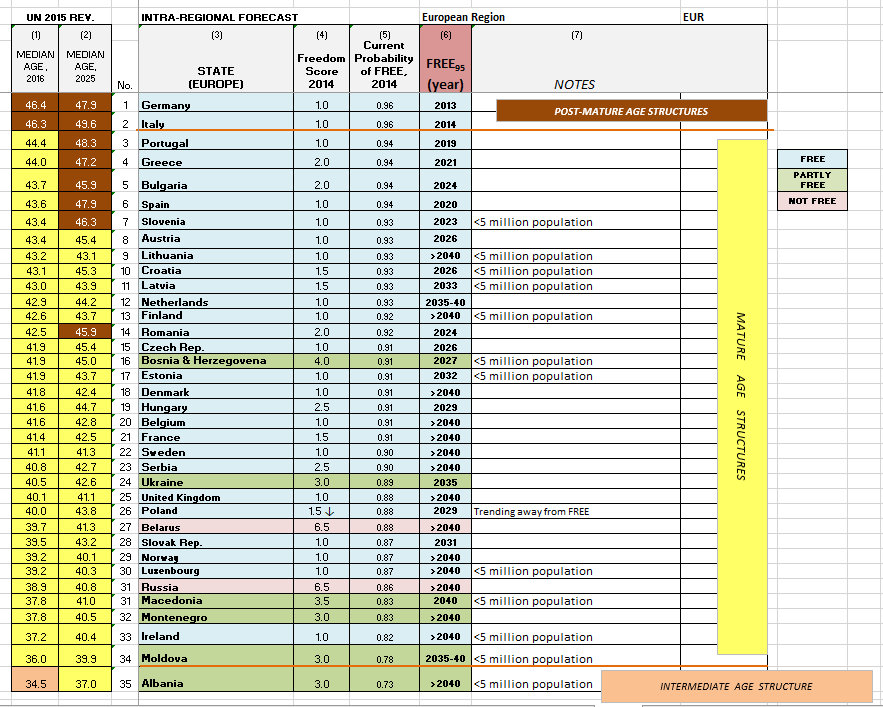